UNIX is an operating system which was first developed in the 1960s. This article will present you with a complete idea about definition, features, types and process to download .

We will learn below topics in this article:

MultiUser :Multiple users access the system by connecting to points known as terminals.
MultiTasking :Several users can run multiple programs or processes simultaneously on one system, there can be a simultaneous background process working too

The Unix operating system is a set of programs that act as a link between the computer and the user.

We will discuss about in the next section  System Architecture 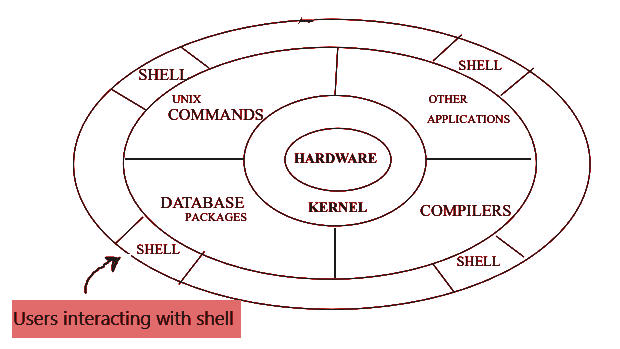 There are many different versions available which share common similarities.

The most popular types are:

Logging into an UNIX server

The standard way for logging to a UNIX server is through using a Secure SHell (SSH) client. PuTTY is a free SSH client available.

Steps To install and use PuTTY: