Non functional Testing is the testing of a software application or system for its non-functional requirements: the way a system operates, rather than specific behaviour of that system, its performance, reliability, load testing.

The parameter defines how a system is safeguarded against  attacks from internal and external sources(Security Testing).

The ease with which the user can learn, operate, prepare inputs and outputs through interaction with a system(Usability Testing).

Measures the extent to which any software system can handles capacity, quantity and response time.

The term refers to the ease with which the application can work in different hardware and software configurations.

The flexibility of software to transfer from its current hardware or software environment.

It refers to a portion of the software system that can be converted for use in another application. 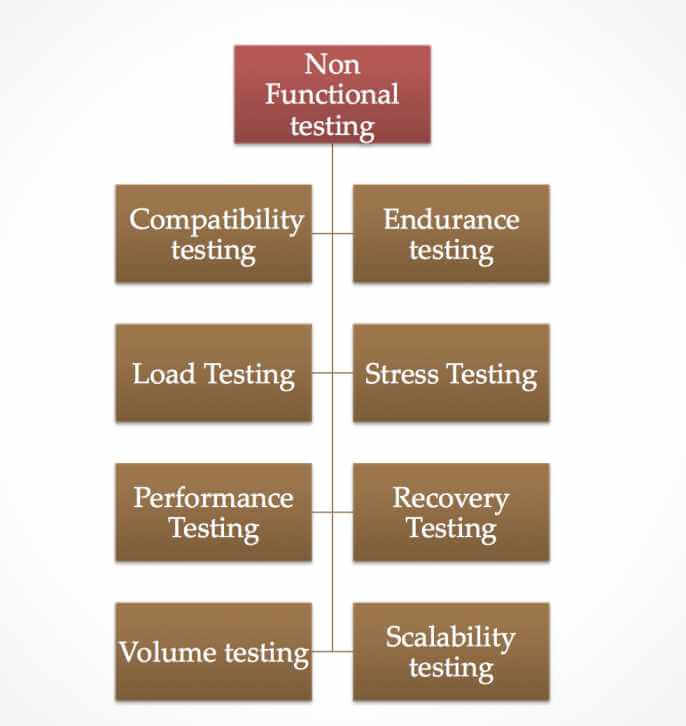 Load testing is performed to determine a system’s behaviour under both normal and at peak conditions. It helps to identify the maximum operating capacity of an application as well as any bottlenecks and determine which element is causing degradation. Please refer Load testing for in-depth details

Recovery testing is done in order to check how fast and better the application can recover after it has gone through any type of crash or hardware failure. please refer Recovery testing  for in-depth details

It is a form of testing that is used to determine the stability of a given system.

It puts greater emphasis on robustness, availability, and error handling under a heavy load, rather than on what would be considered correct behaviour under normal circumstances.

Volume testing refers to testing a software application, where the software is subjected to a huge volume of data.