Testing types mainly focuses on a particular test objective, which could be: 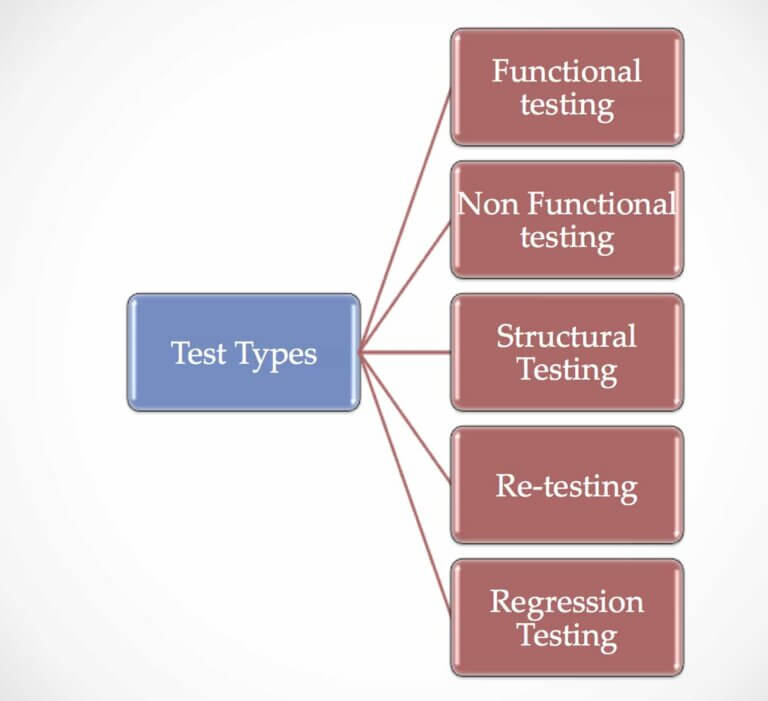 Based on the focus areas, testing types are defined:

Functional testing is a software testing technique that tests features and functionality of the Software under test, by providing inputs and evaluating outputs. Please refer Functional testing for in depth details.

Re-testing or confirmation testing  is testing a defect fix to confirm that the original defect has been successfully removed.

Please refer  Re Testing for in depth details.

Regression testing is the repeated testing of an already tested program, after modification, to discover any defects introduced or uncovered as a result of the change.